As you are gliding through the water, enjoying your dive, a flash of light ahead of you catches your attention.  Curious, you move ahead to investigate, when suddenly, a large, silver torpedo darts past you, followed by several more, close behind.  After a few moments, they swim by again, and you get a closer look.  You notice the amber colored stripe along the body; which connects the mouth, eye, and fin.  Their size and speed is astonishing and it gets your heart pumping as you realize you have finally spotted an “Amberjack”!

The name jack fish includes numerous species around the world but the type most commonly spotted in the waters around Taiwan is the Greater Amberjack.  The Greater Amberjack averages from 7 to 15 kg but fishermen have caught some as large as 70 kg.  They are commonly found between 20 and 70 meters deep in rocky areas or near wrecks and other underwater structures but also venture closer to shore to hunt.
Amberjacks are predators so they are built for speed, which is apparent from their shape.  Their size and strength also makes them a prized gamefish for anglers since they put up a big fight and are challenging to reel in.  Unfortunately, because of their fleshy meat, they are also a popular fish for sushi and are commonly found in restaurants worldwide.

Your best chance to see Amberjacks is from winter into late spring when they spend more time closer to shore for mating.  They head into deeper waters after May, but can be spotted occasionally year round if you’re lucky.  They seem fearless, and almost playful when in the vicinity of divers and can often be seen swimming circles around divers and their bubble columns, so be sure to take the chance and marvel in this exquisite sight before they depart for another year!
Posted by FunDiversTw at 11:12 No comments: 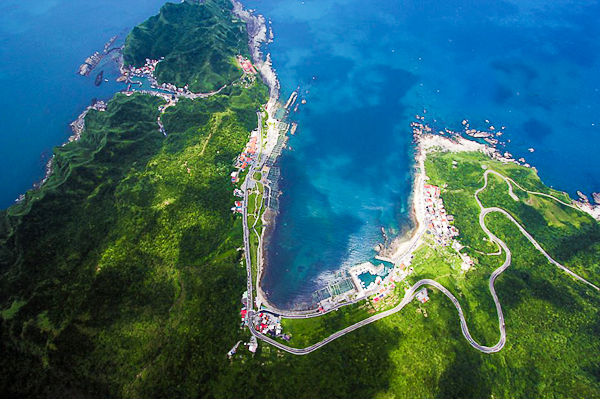 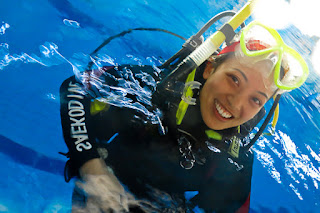 In northern Taiwan, Long Dong Bay is a familiar, welcoming place to practice your favorite recreational water activities, scuba diving and snorkeling. It is located along the scenic northeast coast of Taiwan just south of Keelung City and is accessible via the coastal highway number 2. Long Dong means ‘Dragon’s Cave’ in Chinese. The name comes from the underwater rock formation near dive site Number 4, which is said to resemble a dragon squatting down with its spines sticking up from the sea bottom, and the cave being the bay itself. 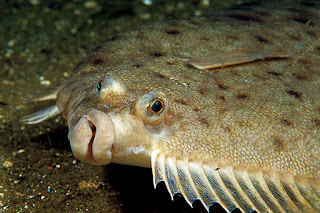 Snorkelers can find an abundance of marine life in close proximity to the shore, and the calm waters within the bay provide a comfortable, safe place to swim along the surface.  On shore, while resting, you can take in the beautiful landscape, with stunning mountains and cliffs reaching out towards the sea. 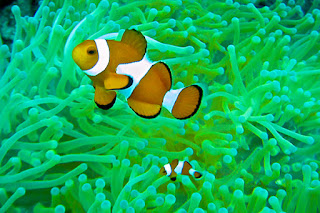 The calm waters of Long Dong Bay make it a great location for beginner and experienced divers taking any of the PADI courses.  Students are able to work on their diving skills while enjoying the various fish around them.  Advanced divers can try to identify those fish, search and lift objects, go as deep as 26m while navigating the underwater terrain and much more. Divers can encounter some unique species such as the flying gurnard or flounders along the sandy bottom or head towards the wall and see the schools of puffer fish or striped yellow snappers.

photography can find picturesque moments with the lovable clown anemone fish or spend the dive at the squid nursery seeking out that perfect shot while practicing their buoyancy.


With such an ideal location as Long Dong Bay, its no wonder scuba diving is growing in popularity. Why not give it a try and see this alluring underwater world! Contact us at Fun Divers Dive Center to see how you can become part of this fun, leisurely lifestyle. 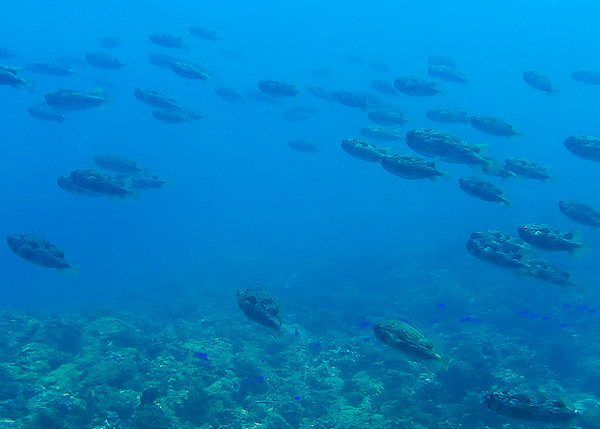 Posted by FunDiversTw at 23:09 No comments: 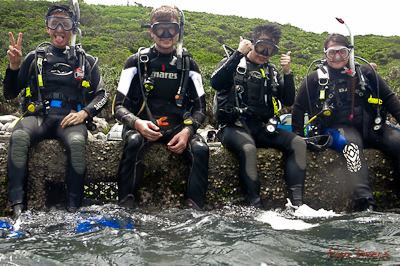 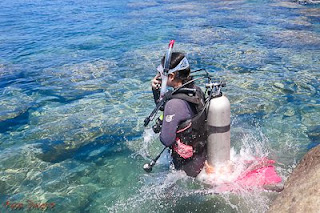 With 2017 already into late February, anticipation is mounting. Divers are all thinking of where they can bring their new gear for the first dive.  Nights are filled with dreams of strapping on fins, doing giant strides and the sound of breathing with regulators while descending into the depths of the ocean again. 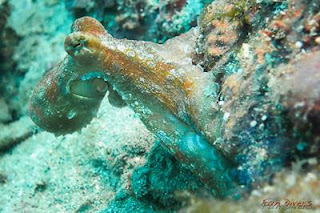 Nowhere is this truer than at Fun Divers Dive Center, where we have been busy getting everything ready so we can start the 2017 season with a SPLASH.  The shop has been revamped and is better than ever. With a new look and more space, we can hang out and be dive geeks in comfort. 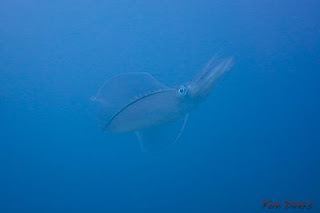 We have a big season planned with monthly trips to a variety of destinations, domestic and international, as well as some fun new dive locations and courses available to try.  Another new thing for this year is this blog, where we will be sharing interesting facts, information on equipment, tours and any other cool things relevant to you guys!


We are excited for this season and are really looking forward to seeing everyone enjoying the sun and the bubbles and making new diving companions again.  Can’t wait to venture out to the squid farms, track down those octopi, and huddle around the clownfish again. All while maintaining proper trim and buoyancy, of course! 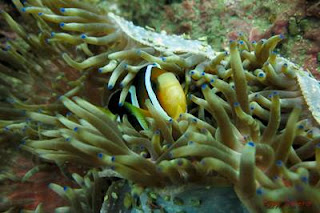 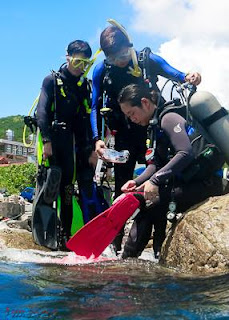 Posted by FunDiversTw at 12:04 No comments: